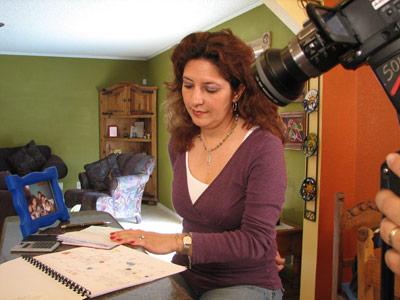 The new PSAs can be viewed on the Redes En Acción Web site and also via the new SaludToday Web site, which aims to promote healthier lifestyles among Latinos.

In the coming weeks, the new PSAs also will be distributed to television stations across the country.

The public service announcements were produced by Redes En Acción in both Spanish and English. The culturally relevant TV spots, funded by the National Cancer Institute (Grant No. U01 CA114657), show the benefits of preventive screening for breast, cervical and colorectal cancer among Latinos.

“Latinos are at a disadvantage when it comes to being in good health, so we want to raise awareness about disparities and prompt behavioral changes to improve Latino health.”

The national Redes En Acción public awareness campaign will encourage Latinos to learn more about how they can protect themselves from cancer. The PSAs and accompanying print materials are being developed in partnership with the NCI’s Cancer Information Service (CIS).

The public education campaign addresses priority cancers and cancer issues facing the Latino population, as outlined in the Latino Cancer Report, which was produced by Redes En Acción. The report found that access to care (and screening) was the number one issue and that the most important cancer sites with regard to Latinos are breast, cervical and lung cancers.

By topic, the PSAs focus on:

This is the second national cancer awareness campaign developed by Redes En Acción aimed at the Latino population. In 2001, under the Special Populations Networks initiative of NCI, Redes En Acción produced a series of PSAs promoting Latino clinical trial participation. These PSA can also be viewed on the Redes En Acción and SaludToday Web sites.

As in the earlier campaign, the new PSAs are culturally appropriate and rely on the knowledge and talents of a team of experts. Before final production, the PSAs were pre-tested by a representative sample of the target audiences.

“Educating the Latino community about cancer is a major facet of the Redes En Acción mission,” said Dr. Ramirez. “These new PSAs will help raise awareness by showing how we can all learn more and take action to protect ourselves and our families from this disease.”