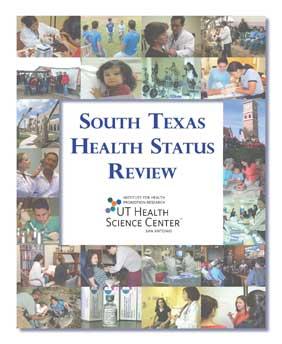 February 20, 2008. A new report on the health status of one of the nation's heaviest concentrations of Latinos found a striking level of adult obesity - higher than in the rest of the nation - and therefore a greater disease risk, particularly for diabetes but also for heart disease and some cancers.

The study, for the first time ever, provides in a single document detailed statistics of dozens of health conditions to illustrate the disparities by age, sex and race/ethnicity for South Texas' 38 metropolitan and non-metropolitan counties, the rest of Texas and the nation.

Amelie G. Ramirez, DrPH, Principal Investigator of Redes En Acción, is Director of the IHPR, which investigates the causes and solutions to the unequal impact of cancer and other chronic diseases among Latinos in San Antonio, in Texas and the nation.

"Latinos are the fastest-growing group in the United States, and the numbers are expanding in every area of the country," said Dr. Ramirez. "This segment of our population is having a huge socio-economic impact not only nationally, but in regional and local areas across the country, and that influence is only going to grow in the years ahead.

"That's why it is absolutely paramount that we learn more about the health status and level of disparity that exists among Latinos. This study will be of enormous benefit to our efforts in Texas, as well as in leading the way to a broader understanding nationally of the implications of the explosive emergence and growth of the Hispanic population."

The area examined in the report encompasses the Texas-Mexico border counties, metropolitan areas such as San Antonio and Corpus Christi, and a large rural section of South Texas. Of the region's 4 million residents, two-thirds are Latino. Compared to the rest of the state, this population has less income, education and access to health care. In addition, one-third of adults in the region lack health insurance.

The goal of the study was to examine these health status indicators to determine if disparities exist either between the South Texas population and the population in the rest of Texas or among South Texas subpopulations.

Conditions for which South Texas showed a higher incidence or prevalence than the remainder of the state included adult obesity, adult diabetes, child and adolescent leukemia, and cancers of the cervix, liver, stomach and gallbladder. For both adult obesity and diabetes, the prevalence was higher than for either the rest of Texas or the nation.

"This truly is the roadmap of health disparities in South Texas," said Dr. Ramirez. "We hope this report provides information that will stimulate and shape research and interventions to counteract these disparities and bring health parity to those who need it most."

The South Texas Health Status Review is available on the IHPR Web site at http://ihpr.uthscsa.edu/pub_sotx_rpt_toc.html.

The initiative is coordinated by the Institute for Health Promotion Research at The University of Texas Health Science Center at San Antonio, with regional network centers in San Antonio, New York, Miami, Chicago, San Francisco and San Diego.